Students in York are surrounded by history and at Archbishop Holgate’s School study the subject in one of the country’s most historic schools.  We want students to engage with the ‘story’ of history and see how it relates to their own lives.  In History we focus on developing historical key skills, such as assessing change and continuity, cause and consequence, as well as source analysis and historical enquiry. We deal with fundamental concepts like democracy, revolution and citizenship, tying this into both our School Values and British Values. Most importantly, we want all students to enjoy History and succeed at it.

“The best moments in reading are when you come across something – a thought, a feeling, a way of looking at things – which you had thought special and particular to you. And now, here it is, set down by someone else, a person you have never met, someone even who is long dead. And it is as if a hand has come out, and taken yours.”

In Year 7 students will discover how medicine has evolved through time, focusing on the changes and continuities in medical development from the prehistoric period to the 21st Century.  Students will go on to study the significance of the Norman Conquest and the power of Church and Monarchy in Medieval society. They will assess the causes of the ‘religious roller-coaster’ in Tudor Britain, and the growth of power under monarchs such as Henry VIII and Elizabeth I. Students will then study arguably one of the most significant events in British History, the war between Crown and Parliament.


Year 8 students will study the impact of the Industrial Revolution on British society. Students will have the opportunity to identify and engage with their local history, particularly the work of social reformers such as Seebohm Rowntree and Titus Salt. Students will look at the methods and impact of the Suffrage movement, comparing the Suffragists and Suffragettes, before drawing conclusions on why women were finally granted the vote. Finally, students will focus on World War I, looking at the causes of war, the contributions of soldiers from across the British Empire, and the reasons for the Allied victory.
Year 9 will offer the chance to investigate the ‘Boom’ years in 1920s America and the emergence of Hollywood, intolerance shown through the actions of the Ku Klux Klan and the impact of prohibition and gangsters. Students will also study the causes and consequences of the Wall Street Crash in 1929 and the ‘New Deal’ offered to the American people by President Roosevelt. Students will then evaluate the catalyst for change in African-American civil rights between 1890-1992. Further, students will undertake a breadth study on ‘Warfare through time’, honing their skills in assessing change and continuity, before undertaking a depth study on London during World War II. Students will go on to study the origins of the Cold War, with a later focus on the Vietnam War and the experiences of people caught up in the conflict.

Students will be assessed once every half term on a range of different skills. Not only will the assessment focus on course content, it will also be designed to assess the student understanding of key Historical concepts such as Cause and Consequence or change and continuity. To best help your child prepare for this, make sure they are spending time revising the content of the topic as well as practicing the necessary skills at home.

Ways to help my child succeed – speak with your child about the topics they are studying in school and encourage them to read around the topic outside of school. There are a range of excellent websites, books and documentaries that will assist with this. Please don’t hesitate to contact the department for further ideas.

GCSE History at Archbishop Holgate’s contains a variety of topics and challenges to develop students into skilled and well-rounded Historians. The course not only prepares students to take their studies further beyond GCSE, but allows them to build skills that they will keep for life.

“The most revolutionary thing one can do is always to proclaim loudly what is happening.”

Students will study four different topics that will be assessed on three different exam papers in the summer of year 11. Initially in year 10 pupils will undertake Crime and Punishment Through the Ages which is the breadth study and will allow pupils to look at changes and continuity toward crime and punishment from 1000 AD to the present day. This exciting topic allows pupils to examine the brutality of medieval punishment, the fascinating witch trials of the 17th Century, the development of the professional police force and the causes of global terrorism in the present day. The depth study for this time period will be on the mysterious Whitechapel murders and Jack the Ripper! Students will then complete Norman England 1060-1088. This exciting topic will allow pupils to study in depth the struggle for power following the death of Edward the Confessor and the resulting Battle of Hastings. They will focus on the methods William used to maintain order and control in England following his success in 1066. Finally in year 10, students will start to study Weimar and Nazi Germany, allowing them to assess the rise of one of the cruellest and most significant dictators of the 20th Century. They will examine the long term effects of the Wall Street Crash and how Hitler used this to gain support for his party.

Year 11 will focus further on Nazi Germany and how Hitler not only controlled the German people, but how he changed German society. The final topic of the course is Superpower Relations and the Cold War 1941-1991. This fascinating topic takes pupils back to a period of suspicion and tension between the USA and USSR. Within this they will focus on the nuclear arms race, the causes and consequences of the Cuban Missile Crisis, the space race, the rise and fall of the Berlin Wall and Soviet expansion within Eastern Europe.

Pupils will receive one formal assessment every half term that will be taken from past exam papers. This is designed to assess the pupils knowledge of the content and to highlight areas of improvement in terms of written skills. The pupils will be expected to revise thoroughly for these assessments, and the grade data will be kept to assess the progress made by the pupil.

Ways to help my child succeed

As we are a ‘content heavy’ subject revision is key to success. Make sure your child has prepared detailed written revision notes that they use for their half term assessments and for their final examinations. 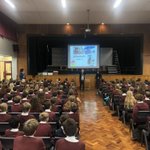 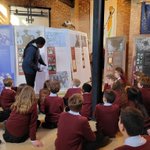 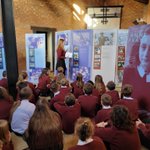 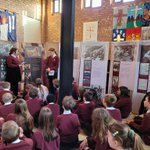 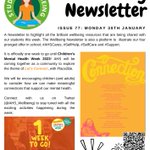 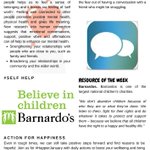 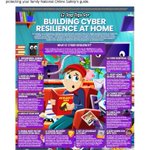 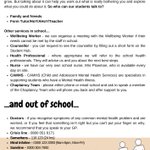 Don’t forget to sign up for an event for your inter house swimming gala next week. See your house captain if you missed your meeting.